Power Rangers is a movie that appeals to fans of the franchise and no one else. When I was growing up, I was never a fan of the franchise… You can anticipate on what my opinion of the movie is.

The Characters: Generic as heck

All the main power rangers are almost entirely stock characters you have:

Aside from the blue power ranger who was the autistic one (RJ Cyler), none of the other characters are interesting. There is character development in two scenes that feel forced instead of progressive. One is set in a fireplace where, all of a sudden, they reveal all their vulnerabilities when for the first 60 minutes, the movie was just making scenes that looked cool. The character development was rushed in my opinion. I guess you can say the acting was fine because they got through with what little they had in the script.

Do I have a taste for Krispy Kreme? 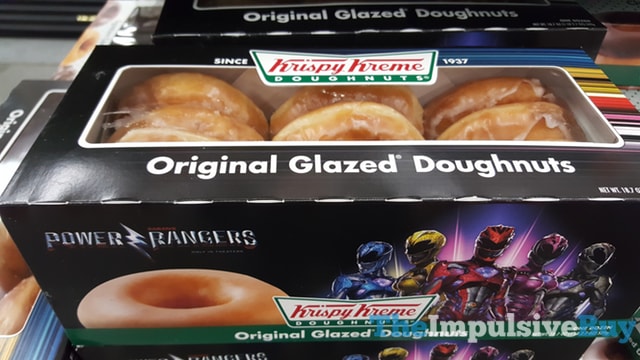 I would like to know if Krispy Kreme covered the entire production budget. That is the only reason I can come up with why this product was mentioned. It is mentioned about ten times in the space of two minutes. It’s sort of like when Adam Sandler’s character asked incessantly in Big Daddy if the kid he taking care of wanted a happy meal.

The Krispy Kreme product placement was just awkward and jarring. It made no sense to the plot (although I am already asking too much for myself there that’s for sure) and the plot point that revolves around Krispy Kreme could have taken place anywhere but a Krispy Kreme. It’s like in Tropic Thunder when Matthew McConheys character travels in the Viet jungle just to deliver Ben Stiller’s character a TiVo subscription. Tropic Thunder was using product placement ironically whereas in Power Rangers it is force fed and cringeworthy.

The last half an hour of Power Rangers is exactly the same as the last half hour of a Transformers movie: Large Robots (The Power Rangers barely fight in their suits) being used to beat a large bad guy (who is so poorly rendered in CGI that it looks like one of the Gods in Gods of Egypt) with slow motion at the points of impact and all the robots combine to morph into a super robot that reminded me of Optimus Prime. They even have a joke about Transformers. After what I saw, I didn’t care if that movie was aware they were in on the joke. This was not a good final act at all.

In between all the action, you have incessant product placement, so much so that everyone in Angel Grove records the event with Samsung phones. There are no Blackberries, Androids, and Apples to be seen. At least we now know who has cornered the Angel Grove market.

No more needs to be said. Aside from the autistic kid’s character (The one that’s sort of funny and is not initally arrogant or annoying), the entire movie felt like Transformers for kids. That is not a good thing. I can only imagine how desensitized people will become in the next 10 years from bloated special effects. The mantra for movies like Power Rangers is “More and more and more” I guess I will find out how bloated it will be when they churn out another five on them in the next decade. *