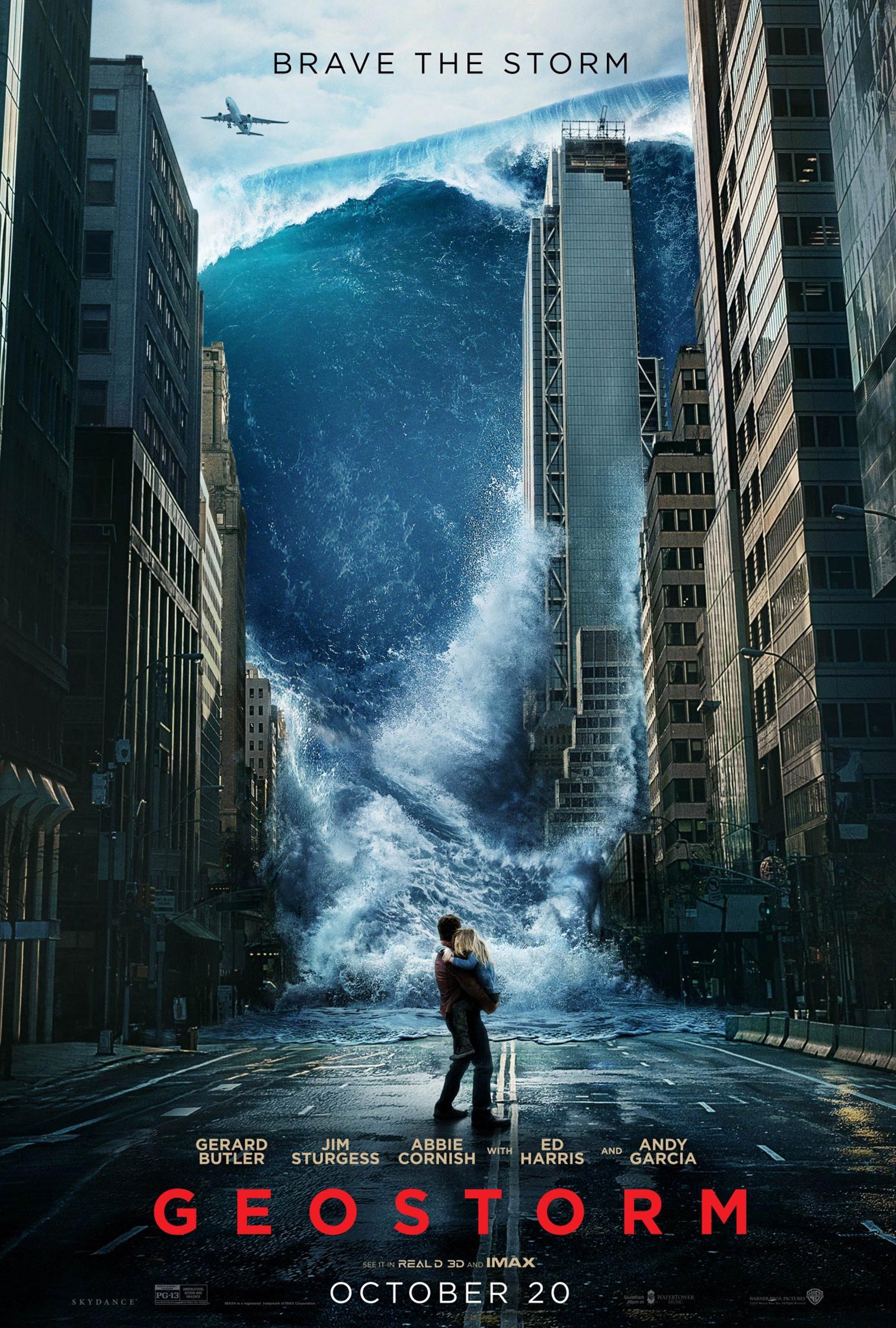 I broke a cardinal rule that I placed upon myself. That rule being watching the trailer and I swear to you, with the laughable and over-exaggerated special effects that the trailer seems to give off, I expected a shitstorm. There was a moment in the trailer where a tornado caused a high-rise building to topple over into other high rise buildings, creating a domino effect.

I was expecting the next Sharknado. I was banking that the only chance Geostorm is a figurative (and near-literal) shitstorm that I would be able to laugh ironically at. I hoped that was the movie’s intention

But as most blockbuster movies, Geostrom seems unwilling to commit to a crazy idea. It was not funny-bad, it was generically bad. It is taking itself seriously with some of the most tedious drama possible with bad scriptwriting and some wooden acting. Having said that, this is the best film, Gerard Butler has been in for the past two years I have been reviewing movies.

You see, Geostorm is not only generically bad, it is also inconsistently bad, meaning that I found aspects of it that are actually good. Geostorm is a movie where Gerard Butler is sent to space to fix the satellite spaceship that he created that controls the weather. Butler himself was fine. He did not make me want to mentally check out like I normally would. The special effects in space were also fine. It’s not Interstellar or Gravity levels or greatness, but it is good enough to easily suspend disbelief.

The problem comes when the plot has to kick in and Geostom cannot juggle the disaster and human elements right, nor could they make either of them work separately. The relationships between Butler’s character, his brother (Jim Sturgess) and his daughter (Talitha Bateman) feels forced and inauthentic. There was a point early on in the movie where the daughter says to Butler’s character that she resents him for abandoning her and then in the same scene says that she loves him. I groaned with how rushed this movie was going to be.

The time when the special effects are terrible occurs when the disaster scenes happen. There were shot for shot comparisons with The Day After Tomorrow where I could tell that Geostorm wanted to top it by being bigger and deadlier but not having the budget to make these special effects look more convincing. It was not TV movie level bad but not much better. But since the main conflict in the story involves someone controlling the satellite and thus the weather, you see all sorts or major disasters with sizes of sheer magnitude and I did not give a shit.

There was a corrupt energy company called Enron who postulated that they could commoditize the weather and thus control and trade it. Obviously, this did not come to fruition, but it makes me wonder if Geostorm foreshadows a future of sheer brutality if a corrupt man could control the weather. I know this movie was not meant to be of that high-concept.