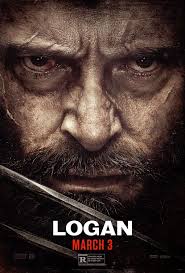 Logan is a great movie that meets the high standards that Marvel have produced in recent years. Logan is much better than the mediocre X-Men Apocalypse and ventures into concepts that don’t get deeply explored in a normal superhero movie. Those concepts being mortality and familial relationships between generations. For a superhero movie, Logan is amazingly down-to-earth.

Set in 2029, Mutants have become nearly extinct, Logan’s (Hugh Jackman) health is failing  and works as a limo driver. He takes care of a frail Charles Xavier (Patrick Stewart) in hiding. Logan is approached by a woman to take care of this girl called Laura (who is a mutant) and send her to North Dakota before this evil organization captures her. The girl, location, and organization are significant, but I won’t elaborate further as they are large plot points which I don’t want to spoil it. 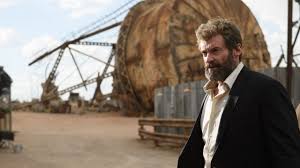 What I enjoyed the most about this movie is Hugh Jackman acting as he portrays a human being more than a superhero. There is no motivational rhetoric or spandex. It is about how he helps people despite being hounted by his mortality, and yet still has to learn from life. What is so good about Logan is that the movie does not detract from that message.

An example of how they don’t stray from Logan’s struggles is the action set pieces being low-key (very few explosions and CGI special effects). I believe they are deliberately set up to be low-key so the viewer doesn’t get distracted from the characters. It’s kind of funny that a movie like Logan works off this thing called character development. It’s an unfamiliar concept to too many action movies. They should try it out sometime!

Speaking of character development, they have great supporting actors that help accentuate the character of Wolverine. Patrick Stewart has two great moments as Charles Xavier but the best supporting actor goes to the bilingual Dafne Keene who plays Laura- a character that rarely speaks. Keene plays it with a peculiar hybrid of Hugh Jackman as Wolverine (The growling, violent tendencies) with Alex Hibbert in Moonlight (The silent child internalizing her struggle and learning about the real world). She gets into some comedic situations at a service station that inadvertently gives Logan some humanity. It was simultaneously funny and sweet.

Out of all the Marvel movies I have reviewed so far, Logan is the one that feels like a character study. This was a smart move because it’s different and it works. I did not love Logan to the extent of hardcore fans (I have talked to a couple of them. They believe it is perfect) but I understood and liked the sentiment behind everything. It is a worthy send-off for The Boy From Oz and the man on The Enterprise ****1/4